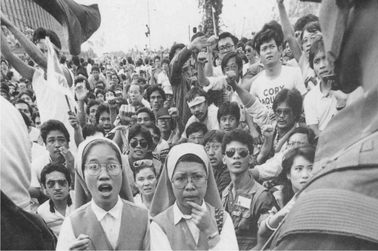 Exiled to Paradise
Ferdinand and Imelda Marcos were forced to flee the Philippines when the "People Power" movement took over the presidential palace. They were eventually exiled to the Hawaiian Islands. In exile, Ferdinand and Imelda faced legal problems and pressure to return the funds that they allegedly took from the Philippine government. Hawaiian merchants and natives were excited to see that Imelda Marcos was exiled to Hawaii and would live there because they thought that her crazy shopping sprees would boost their economy. Unfortunately, it did just the opposite! Imelda would go shopping and she would compulsively buy things, but then the next day she would return all the things that she got. She would return things that she had purchased weeks, months, and even years ago. The Hawaiian natives and merchants actually lost money to Imelda Marcos when she lived in Hawaii and most of their profit disappeared. 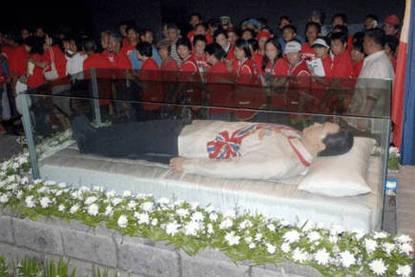 Ferdinand Marcos died on September 28th, 1989
Soon after Ferdinand Marcos died on September 28th, 1989, Imelda was charged with more legal problems. She was charged with misappropriation of over $200,000,000 from the Philippines. Heiress Doris Duke posted bail for Imelda and actor George Hamilton testified in her defense. Later she was acquitted. Imelda moved back to the Philippines in 1991 and she ran for president in 1992, but lost. In another court battle, she was convicted on corruption charges in 1993 and sentenced to prison for a lengthy sentence. However, the conviction was soon overturned and Imelda escaped from the law yet again. She is still currently facing legal challenges regarding the money that she and her husband took from the Philippine government.

Return to Politics
Imelda served for the House of Representatives for several years after she returned from exile. In 2010, she won an election to become the representative for the Ilocos Norte province (the same one that her husband originally served as congressman for when she first met him). Two of her children (Imee and BongBong) are currently in politics in the Philippines as well.